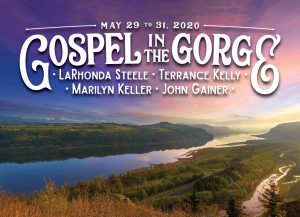 Gospel in the Gorge

Become a keeper of the gospel music tradition! Join other singers for a weekend immersion in gospel music culture. Emerge with a song in your heart and a deeper understanding of this uniquely American art form.

Want to know more? Check out the tabs below for all the instructors’ bios, schedule and costs.

We can’t wait to hear the sounds of gospel music in the Gorge! Come and sing with us!

“Nothing can top an in-person and in-community experience of gospel. No background needed – just the desire to go deep. And you don’t have to belong to a church at all – you just need to love to sing.” –LaRhonda Steele 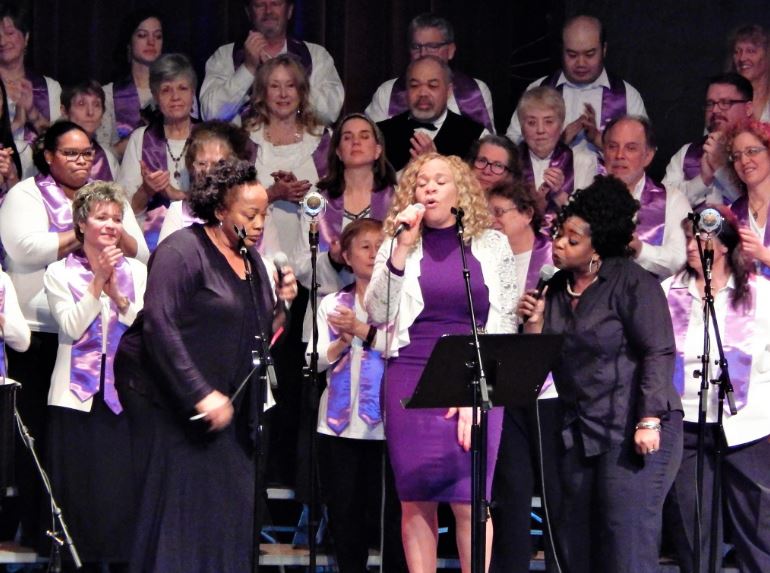 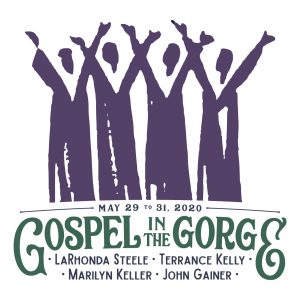 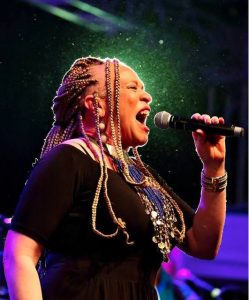 LARHONDA STEELE, Artistic Director of Gospel in the Gorge
Director and co-founder of the Portland Interfaith Gospel Choir

LaRhonda won the Cascade Blues Association’s Muddy Award for Best Female Vocalist in 2016, 2017, and 2018 and is now a member of their Hall of Fame.

Her CDs include: My Soul’s Song, Artistic Differences, Rock Me Baby (with King Louie) and Yes, Please (with Ed Snyder).

As founding artistic director of Gospel in the Gorge, LaRhonda is so excited about the maiden voyage of this event…and dreams that future ones may be several days longer!

Porretta Soul Festival set of Take Me to the River, Rock Me Baby, It’s Your Thing 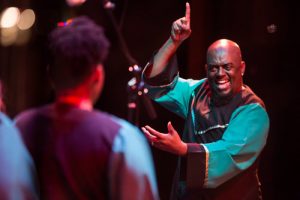 Director and co-founder of the Oakland Interfaith Gospel Choir

Terrance Kelly has been called everything from “a man of great passion and conviction” to a “demanding taskmaster” to “an absolute musical genius.” And to prove them all, he has garnered extensive credentials in both gospel and jazz music. His operatic range and jubilant emotion make him a popular soloist as well as an accomplished director, composer, and arranger. His credits include choral arrangements on albums by Linda Ronstadt and the Kronos Quartet, and gospel arrangements of popular music for TV and video soundtracks. In addition, he wrote or arranged most of the music on each Oakland Interfaith Gospel Choir album.

Terrance received an Emmy Award in 1995 for his choral arrangement of OIGC’s KGO-TV public service announcement. In 2005, he received a “Local Heroes Award” from KQED Television for his directorship of the Oakland Interfaith Youth Choir and was also honored at the Gospel Music Awards. In 2013, he was awarded the Dr. Edwin Hawkins Excellence Award. October 17, 2015 was proclaimed “Terrance Kelly Day” by the office of the Oakland mayor.

Terrance currently serves as Minister of Magnification at Oakland’s Imani Community Church. He has traveled as far as Australia and Israel teaching gospel music and, since 1982, has served as Gospel Choir Director for Jazz Camp West, hosted by Living Jazz. In addition to his other endeavors, he is a semi-regular member of the San Francisco Opera Chorus. 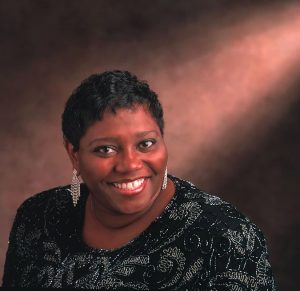 Marilyn Keller is a 38-year veteran of music and stage performance in Jazz, Gospel, R&B, Pop, Blues, and theater, nationally and internationally. Her musical roots are diverse. Marilyn has built a career that has taken her as a feature artist to Denmark, Sweden, Norway, The Netherlands, Spain, Australia, Russia and the UK for concerts, festivals, nightclubs and recording work. Her voice can be heard on multiple recordings, movie sound tracks, commercials and documentaries.

Marilyn’s formative jazz training was as a member of the Mt. Hood Community College Vocal Jazz Ensemble and as the vocalist fronting the award-winning MHCC Jazz Lab Band. She can be seen frequently at clubs, restaurants, festivals and holiday events throughout the Pacific Northwest. She remains active, performing with Don Latarski, Darrell Grant, Tom Grant, Black Swan Classic Jazz Band, Pressure Point Band and the Augustana Jazz Quartet, among many others. 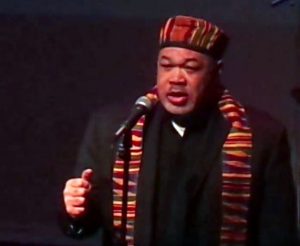 Inspirational Sounds is regarded as one of the best Gospel choirs in the Pacific Northwest.  In May 1987, invited to perform at the Great American Gospel Gala at the world renowned Lincoln Center for the Performing Arts in New York, NY. The group has performed with recording artists Rodena Preston-Williams, Rickey Grundy, Gerrye Gallagher, Helen Stephens, Kurt Carr, Steven Roberts, Pamela Davis, Arvis Strickling-Jones, Neal Jones & Darriel Menefee. The group has recorded background vocals for a couple of artists as well as two live CD releases of their 1997 & 1998 annual concerts. At the 1990 Gospel Music Workshop of America National Board Meeting the choir received favorable accolades from Rev. James Cleveland, the “King” of Gospel Music, and received a gracious standing ovation from the delegates.

ABOUT THE PORTLAND INTERFAITH GOSPEL CHOIR

The Portland Interfaith Gospel Choir (PIGC) is a community-based interfaith choir and non-profit.  We aim to inspire joy and unity through traditional black gospel traditions that foster cross-cultural and cross-racial understanding and connection. We strongly believe that gospel music has the power to heal and unite.

In addition to our concert performances, we are constantly looking for new ways to expand our community-outreach efforts. PIGC proudly partners with community-based organizations that also promote and celebrate diversity, social justice, equality, and peace.

The Portland Interfaith Gospel Choir’s mission is to employ gospel music to express the power of Spirit and bring a message of faith, hope, love and joy to our community, the country and the world; to exemplify through interfaith, multiracial, and multicultural membership the principles of equality, justice, peace, unity and cooperation; and to serve as a model for what is possible among people. 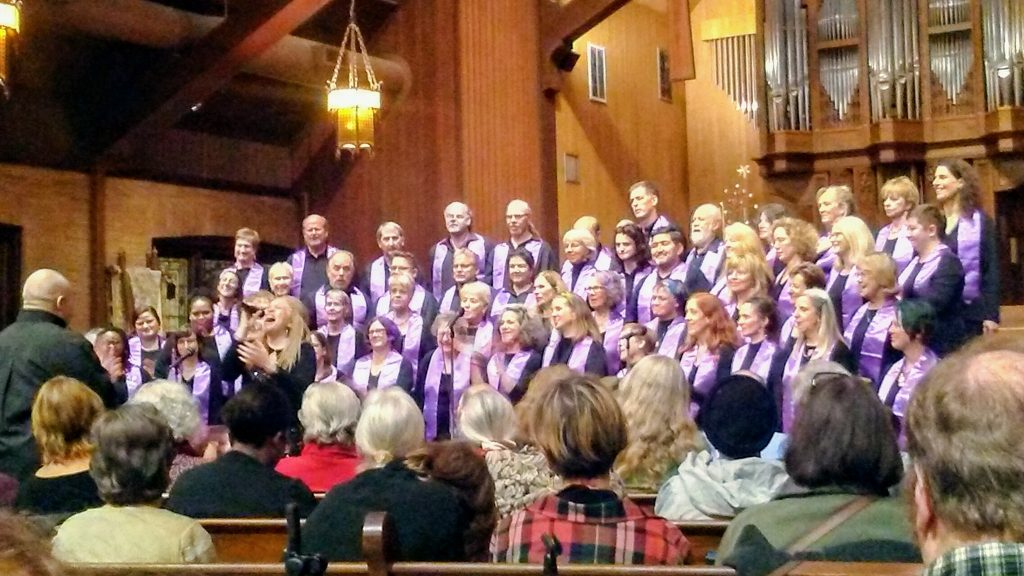 Costs are per person.

For this event, there are no single occupancy rooms available.

If 90+ days out, canceling a registration results in a full refund minus a $50 handling fee.

If fewer than 30 days out, there is no refund available.

You may choose to divide the cost across several months, depending upon how far in advance you are registering. Options will automatically appear in the online registration process. The cost is only $5 per month.

Do you and 2 of your friends want to share a room? Each person should register separately. On the order form, each one should choose the lodging option for Triple Occupancy.

Basic Schedule (more detail will be added closer to the event)

7:00 pm Concert by Instructors at the Corbett Grange Hall (open to the public, included for participants, public tickets sold through Menucha) near Menucha