Blues in the Gorge

Home » Programs » Blues in the Gorge 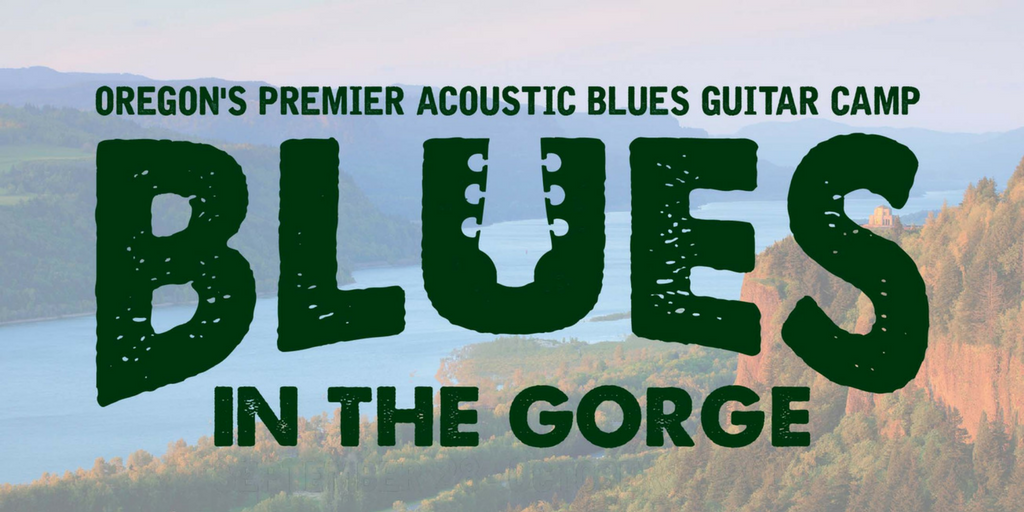 Immerse yourself in a long weekend of classes and jams with four world class blues players/teachers. During your stay, take up to 12 classes, enjoy exceptional meals, and in your free time explore the Columbia River Gorge National Scenic Area. We limit enrollment in order to keep Blues in the Gorge an intimate and unforgettable experience.

Artistic Director and instructor MARY FLOWER is renowned for her personal vision of roots music that blends ragtime, acoustic blues and folk. She is technically dazzling yet grounded in the simplicity of early 20th century American music; her instrumental skill with the Piedmont blues guitar is at a level of mastery that takes most players a lifetime to hone.

All levels of players are welcome and there will be jumpstart classes available each day for people who are just getting started with the blues.  To get the most out of Blues in the Gorge, participants should know all first position chords (majors, minors and sevenths) and have some finger picking experience.

If 90+ days out, canceling a registration results in a full refund minus a $50 handling fee.

If fewer than 30 days out, there is no refund available.

You may choose to divide the cost across several months, depending upon how far in advance you are registering. Options will automatically appear in the online registration process. The cost is only $5 per month.

Thanks to the generosity of previous students, several partial scholarships will be available. If you would like to apply, send a short email to lori@menucha.org, asking for the scholarship application form. There’s no need to go into your story in this email – that’s what the form will be for. 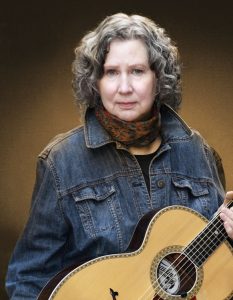 Mary Flower’s immense fingerstyle guitar and lap-slide prowess is soulful and meter-perfect, a deft blend of the inventive, the dexterous and the mesmerizing. Her supple honey-and-whiskey voice provides the perfect melodic accompaniment to each song’s story.

An internationally known and award-winning picker, singer/songwriter and teacher, the Midwest native relocated from Denver to the vibrant Portland, Oregon music scene in in 2004. She continues to please crowds and critics at folk festivals, teaching seminars and concert stages domestically and abroad, including Merlefest, Kerrville, King Biscuit, Prairie Home Companion and the Vancouver Folk Festival, among many.

A finalist in 2000 and 2002 at the National Finger Picking Guitar Championship, a nominee in 2008, 2012 and 2016 for a Blues Foundation Blues Music Award, and many times a Cascade Blues Assn. Muddy Award winner, Flower embodies a luscious and lusty mix of rootsy, acoustic-blues guitar and vocal styles that span a number of idioms – from Piedmont to the Mississippi Delta, with stops in ragtime, swing, folk and hot jazz.

Flower’s 11 recordings, including her four for Memphis’ famed Yellow Dog Records — Bywater Dance, Instrumental Breakdown, Bridges and Misery Loves Company — show a deep command of and love for folk and blues string music. For Flower, it’s never about re-creation. Her dedication to the art form is a vital contribution to America’s music.

“Flower is a renowned guitar instructor, teaching at music camps and festivals, offering lessons via Skype, and frequently crafting articles and tips as a regular contributor to Acoustic Guitar. But she cannot be narrowly defined. Livin’ with the Blues Again showcases her talents as a complete artist, deeply versed in an array of vernacular styles for which she demonstrates an abiding love that underlies her quietly jaw-dropping technique. She may not sing with the soulful grit and urgency of Rory Block, Maria Muldaur, or Bonnie Raitt, but her stylistic range is broader, approaching that of David Bromberg or Ry Cooder. What fun for those who don’t know her music to discover her here.”  —Acoustic Guitar Magazine 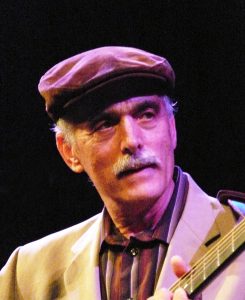 In the 1960s Jim Kweskin led the groundbreaking Jug Band, admired and imitated by everyone from folk and blues musicians to rockers like the Lovin’ Spoonful and the Grateful Dead. They had Janis Joplin (with Big Brother & The Holding Company) and Linda Ronstadt (with The Stone Ponys) as opening acts. Bob Dylan co-billed with Kweskin in Greenwich village.

Kweskin’s band played blues and ragtime, good time jazz and novelties, reaching back to the roots of American music: field recordings from the Library of Congress and the rural artists reissued in the 1950s on Harry Smith’s Anthology of American Folk Music. Kweskin played alongside masters like Mississippi John Hurt, Sippie Wallace, Maybelle Carter, and Clayton McMichen, artists who grew up in times and places where this music was an integral part of their communities.

Since this auspicious start, Kweskin continues to break ground with his incredible guitar work and vocals, while keeping American music traditions vibrant. He has toured and recorded with long-time friends and collaborators (among them, Jug Band co-founders Geoff Muldaur, Maria Muldaur, and Bill Keith) as well as newer faces in the folk world (Samoa Wilson, Meredith Axelrod, Juli Crockett).

As Kweskin says,“We are the elders now, whether we want to be or not. And we like a lot of different styles, and play a lot of different things, but we feel like we have a duty to introduce younger people to this music, to keep the tradition alive.”

“The rock historian Ed Ward went so far as to place the Kweskin Band alongside the Beatles, the Rolling Stones and the Byrds as that period’s most influential groups.”
—  Alex Ward, The New York Times

“Kweskin virtually single-handedly created what was a significant musical genre in the USA in the early 1960s…”  — Iain Patience, Elmore Magazine 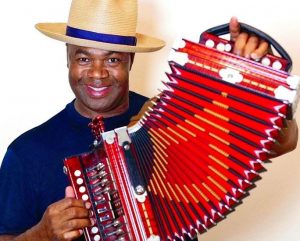 Bruce “Sunpie” Barnes was born and raised in Gravel Hill, Arkansas, and moved to Louisiana in 1987 to work in the Jean Lafitte National Park’s Barataria Preserve. Since 1999, he has been an interpretive park ranger and archivist for the New Orleans Jazz National Historical Park.

Barnes plays accordion, harmonica, piano, rub board, talking drum and more. Combining a love of Delta blues, zydeco, and West African music, he founded Sunpie and the Louisiana Sunspots in 1991 to create music inspired by Afro-Louisiana and his travels playing music around the world. They’ve put out six albums and played in more than 30 countries, from Europe to Africa to Central America. Once the National Park Service was nice enough to grant him a two-month sabbatical so he could accompany Paul Simon and Sting on tour.

In 2010, after participating in the culture of music and parading in New Orleans for many years, he began working on documentary photography projects. He is currently working on an album that is a culmination of the past two decades of his musical journey, as well as a book on music education with traditional jazz musicians in New Orleans, in partnership with the Neighborhood Story Project.

Fun fact: After college, had a brief career in professional football with the NFL’s Kansas City Chiefs. 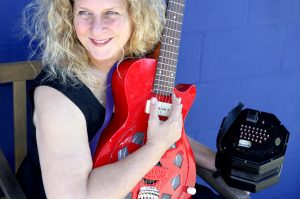 Kristina Olsen is a powerfully engaging multi-instrumentalist with a blues raw velvet voice, brilliant guitar skills (on acoustic and steel-body slide guitar) and a fine way of crafting a song, from hilarious tales of love-gone-wrong to seriously compelling songs of rare insight and compassion.

Raised in the musically fertile San Francisco of the 1960s, where she was exposed to blues, psychedelic rock, folk, and a variety of other styles, Olsen is as comfortable with a self-penned acoustic ballad as she is with a gritty, classic blues tune by Robert Johnson. Olsen plays guitar and piano, but also plays 13 other instruments, most of which can be heard on her various recordings, which feature well-known traditional songs and blues as well as her own compositions.

“To begin with the songs, they are those wonderful gems of song writing which don’t rely on any particular genre for their beginnings. Olsen builds melodies, not styles. She can wind them into unpredictable combinations which then become lovely melodies or she can deliver them in straight lines which become jazz- or blues-oriented pieces. Her guitar stylings are wide, ranging from delicate, complicated runs to aggressive direct blues runs. She’s a sharp guitarist, able to provide herself with both the rhythm and lead pieces she needs to give her songs solid solo support. As a storyteller, Olsen is similarly wonderful, mixing earthy observations about herself and those around with the occasional comment about society’s various shortcomings. Most of all, though, Olsen is funny, noting those things which innocently point out where she and all of us provide material for comic relief. She’s talented, funny, and observant, and consequently she becomes the witty friend who shares her life with you, not preaching to you or insisting on our praise to maintain the friendship.” — Roots & Reel

“Olsen is an eclectic artist worthy of much more acclaim.” — Los Angeles Times

We are thankful for our sponsors and supporters:

This is the 2019 Schedule which gives you a good idea what the days are like at Blues in the Gorge. We’re working on 2020, but it won’t be too very different. 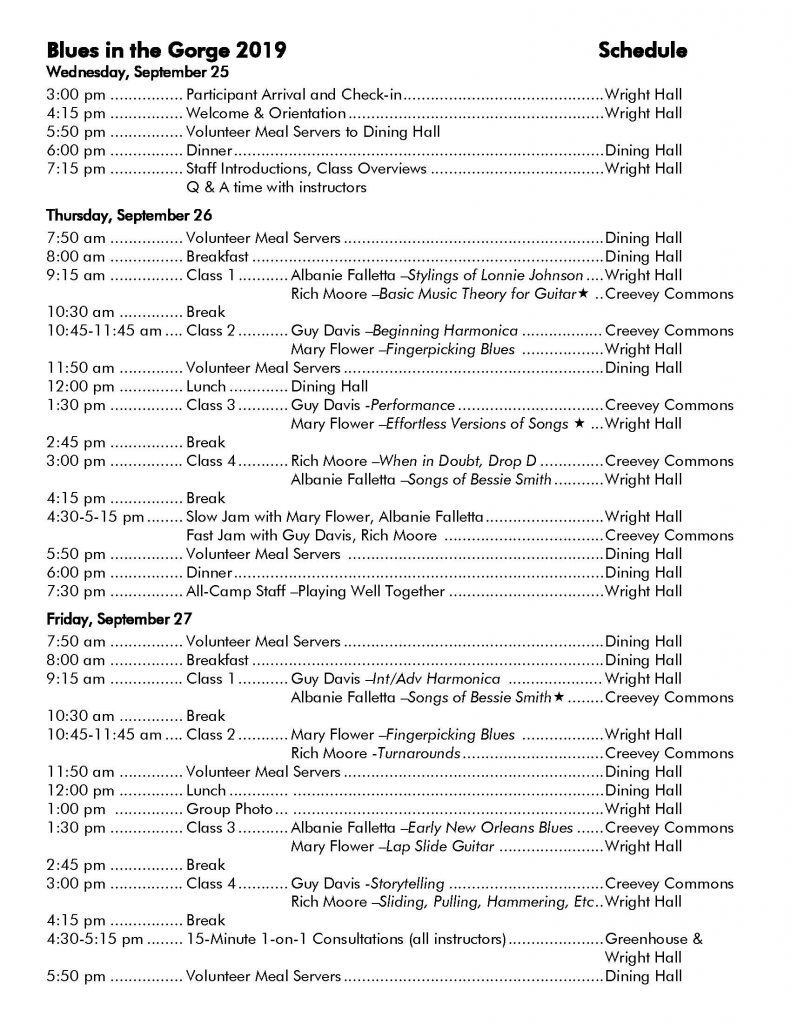 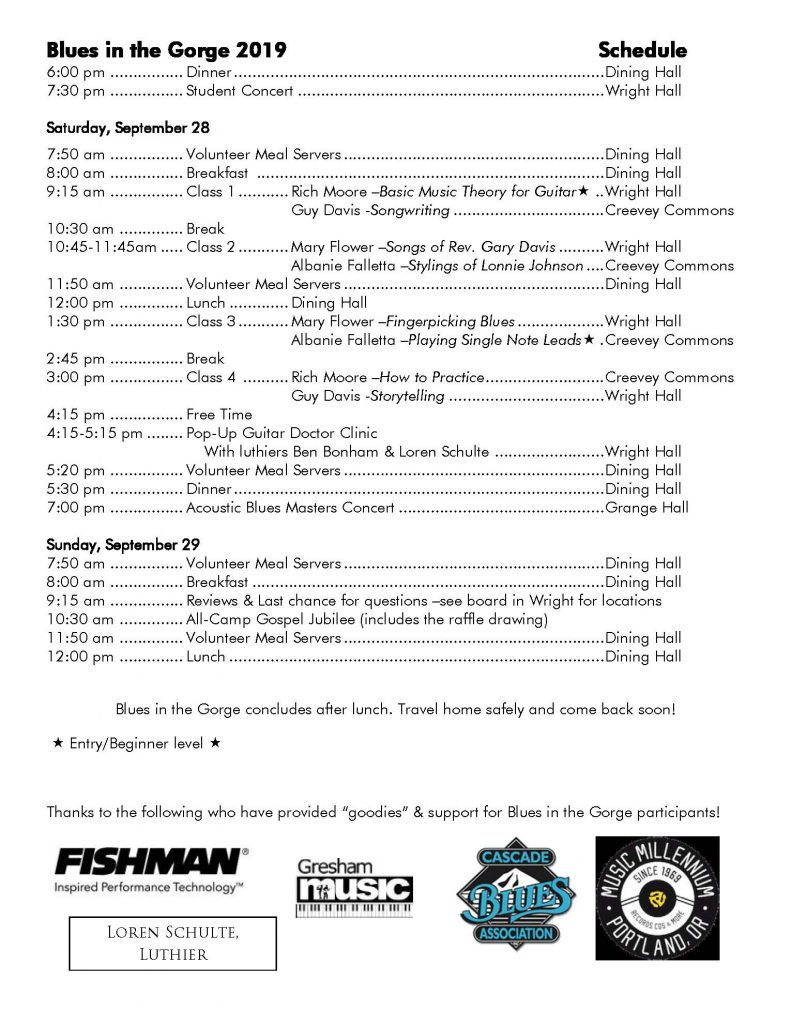 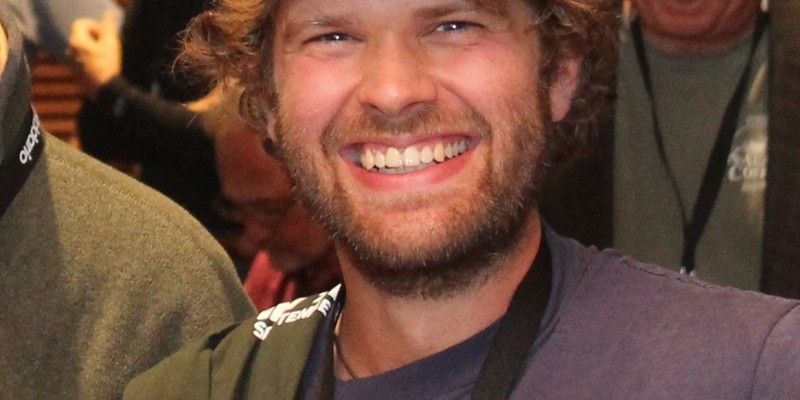 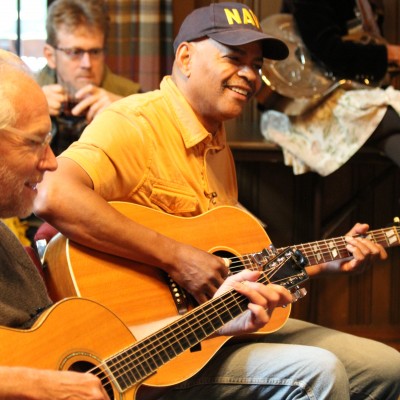 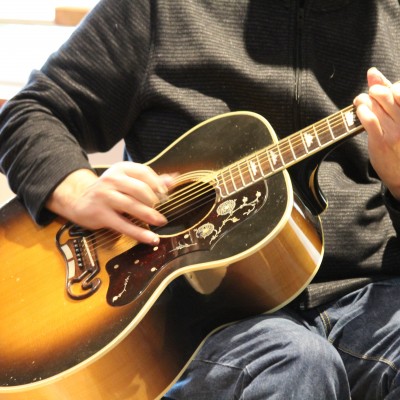 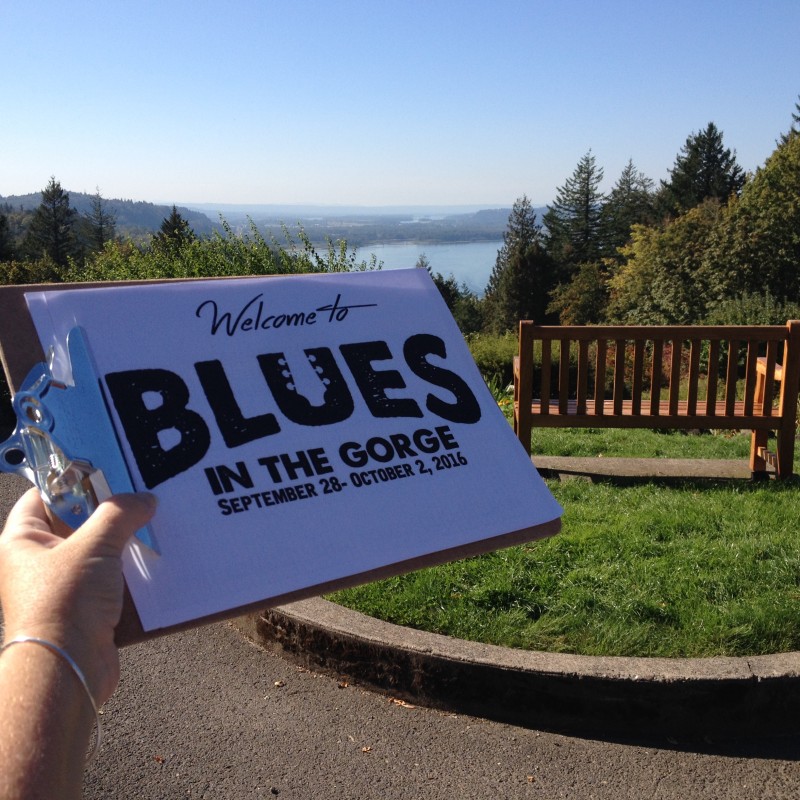 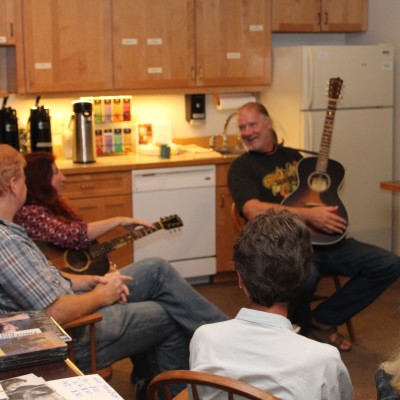 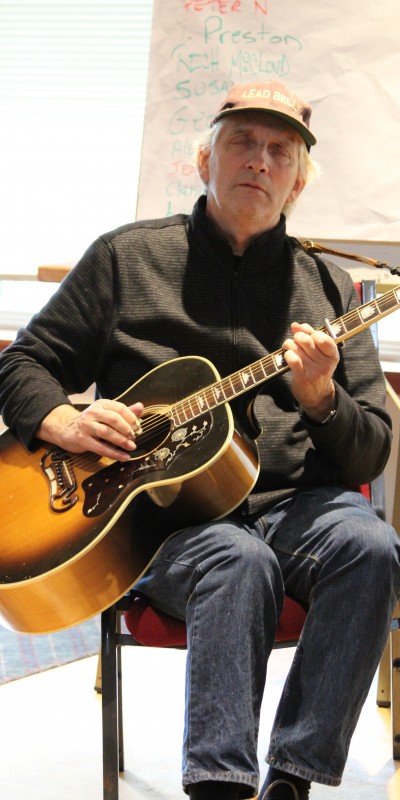 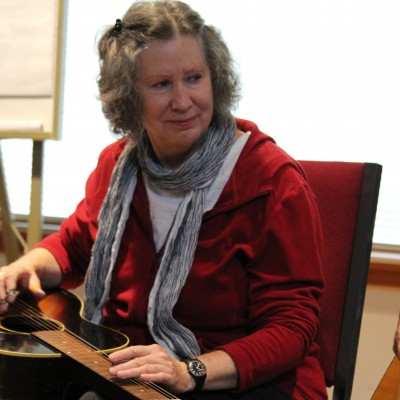 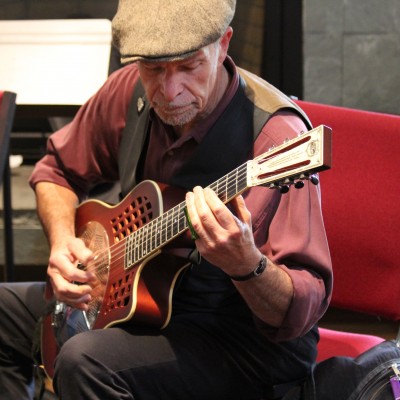 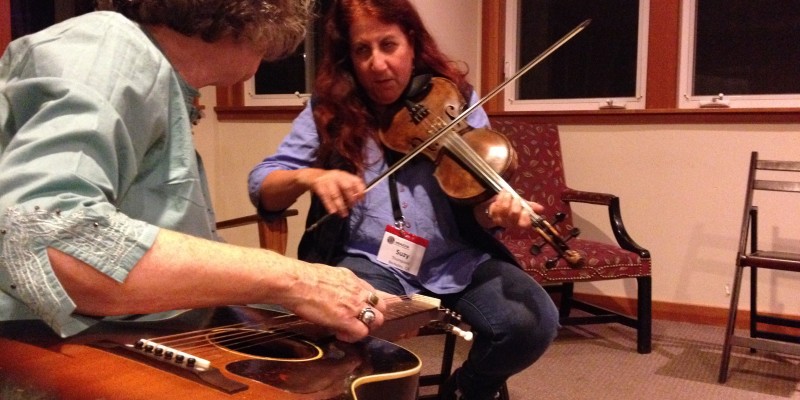 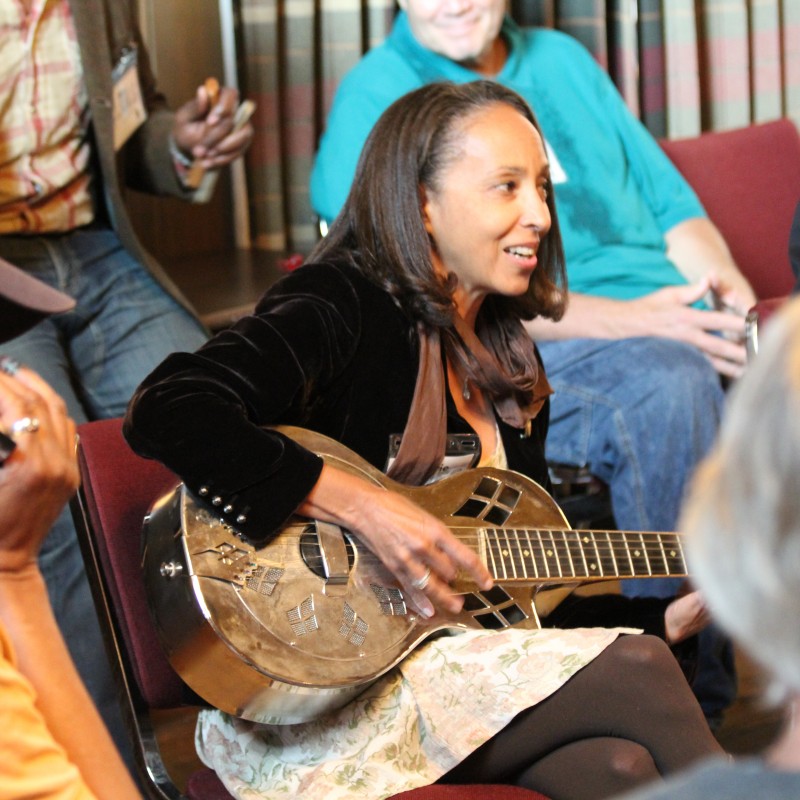 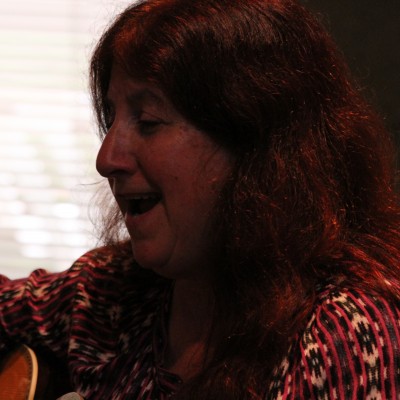 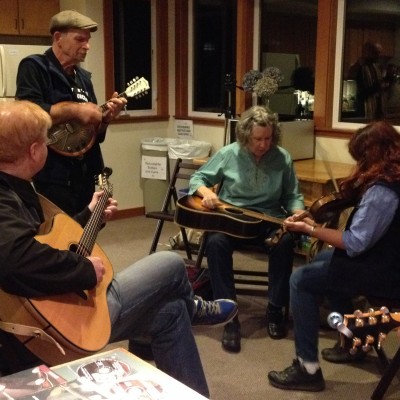 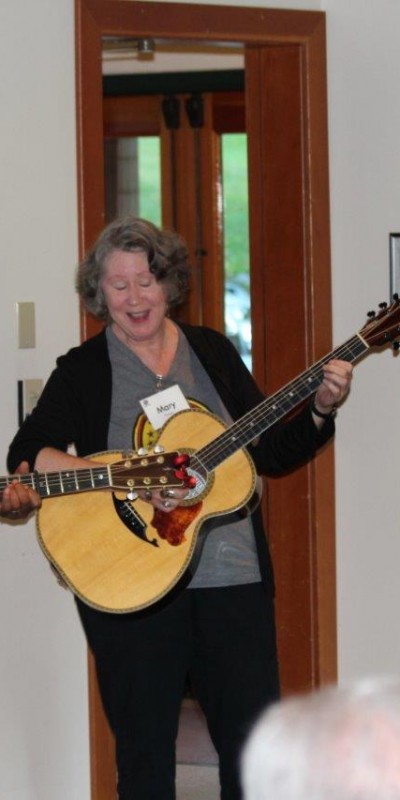 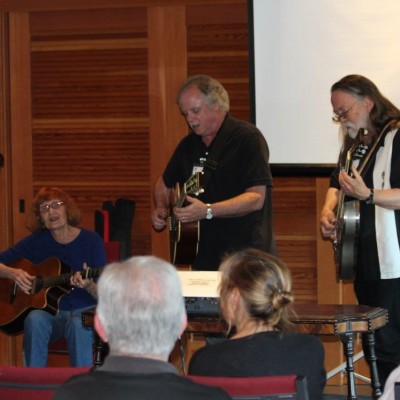 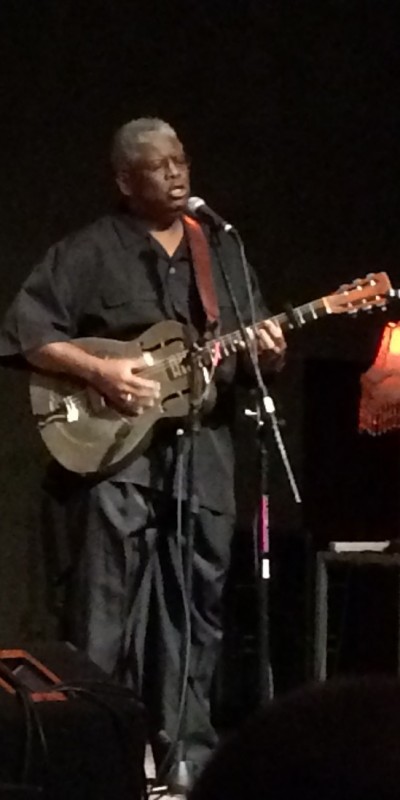 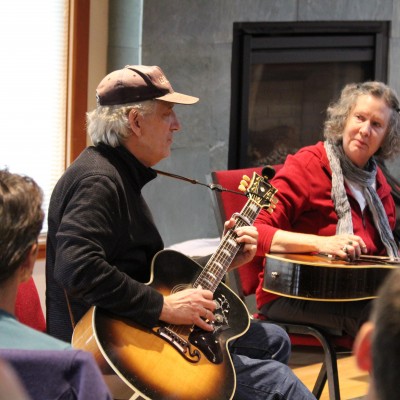 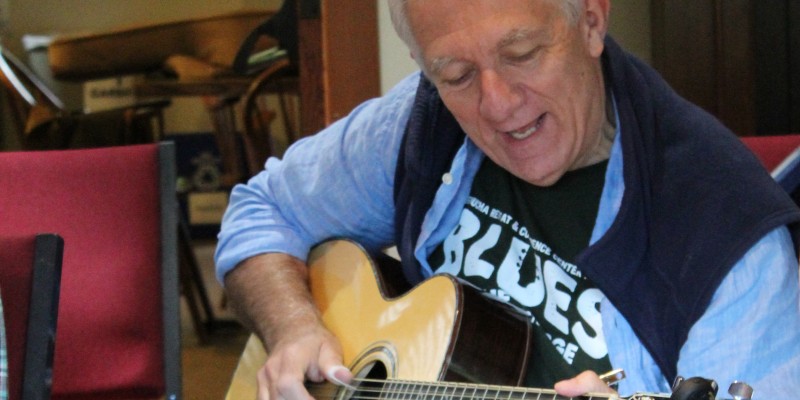 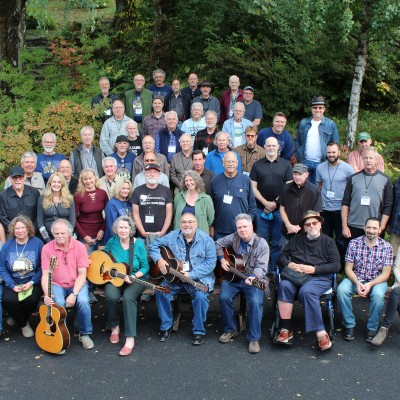 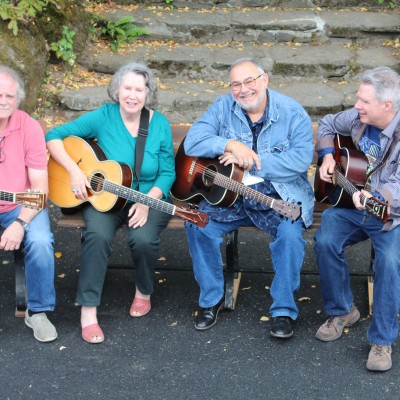