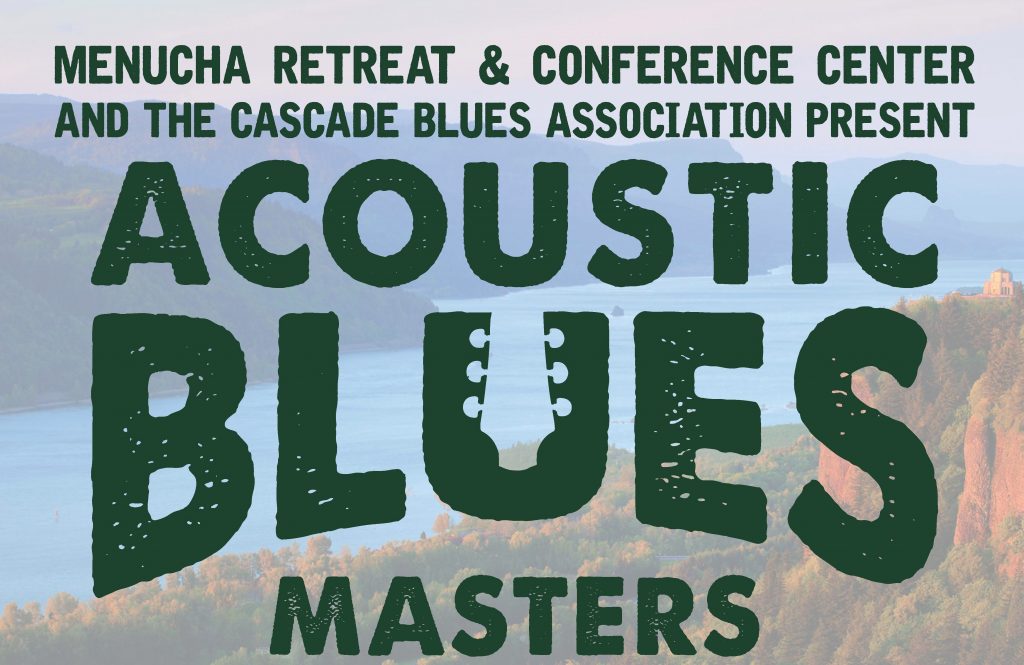 This is the only public concert by this year’s four world-class instructors at the Blues in the Gorge guitar intensive at Menucha Retreat & Conference Center.

JIM KWESKIN, the founder of the legendary 1960s Jim Kweskin Jug Band with Fritz Richmond, Geoff Muldaur, Maria Muldaur, Mel Lyman and Bruno Wolfe. During the five years they were together, they successfully transformed the sounds of pre-World War II rural music into a springboard for their good-humored performances. Their imitators were legion, including a San Francisco jug band that became the Grateful Dead, a Los Angeles jug band that became the Nitty Gritty Dirt Band, and a New York jug band that became the Lovin' Spoonful. No other group attained their unique blend of youthful energy and antiquarian expertise, tight musicianship, loose camaraderie, and infectious swing.

MARY FLOWER, the camp’s artistic director, is an award-winning fingerpicker and was called “a national treasure in your own backyard” by Jorma Kaukonen.

Expect an entertaining, one-of-a-kind musical journey with many surprises along the way!

The Grange is a wonderful 1898 building that feels like something out of a movie – just charming! Seating limited.