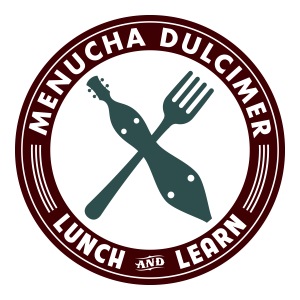 Are your frets bored? Are you ready to make music again? Menucha’s Dulcimer Lunch & Learn is a way to grow your skills while participating virtually with other dulcimer lovers, once a day, for a week (you know, bite-sized portions). Every session will be recorded so if you are unable to attend one, you may access a recording later.

Registration is closed. Join us next time!

Before class: Download your music. (When you register, we'll send you information on how to do this.)

11:00 am     Log in via Zoom. Greetings! Eat some lunch. Enjoy 15 minutes of relaxed “get to know your instructor” question and answer time.

12:15 pm     Wrap-up conversations, tips for practicing, and Q&A with instructor.

We set this price in order to support the musicians and to keep a small revenue stream to help maintain Menucha during this difficult time. Menucha is aiding the instructors by providing all the registration administration; handling and absorbing all credit card surcharges; not requiring teachers to mail out handouts; etc. We at Menucha want to be able to continue offering online events to the dulcimer community until we can all meet in person again. Hosting this Lunch and Learn successfully can help make that happen. We appreciate your support! 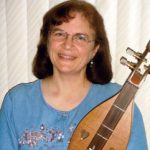 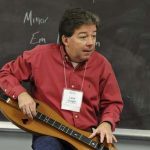 The Art of the Jig 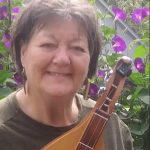 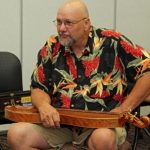 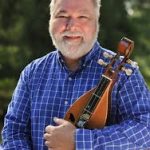 Music is one of the best ways to find serenity, both for ourselves and for others, during troubling times.  In this workshop we’ll explore some of the ways we can best achieve that goal as we play for others or just for ourselves.  As we learn some tunes that are intrinsically peaceful and soothing, we’ll review techniques, such as phrasing and smooth playing, that preserve the serene nature of the tune and help to share it with the listener.  Because we best convey calmness and “flow” when we ourselves are relaxed, we’ll also explore ways to increase ease (both physical and mental) in our playing.

Tuesday: Larry Conger - The Art of the Jig

Jigs are surprisingly easy to play on the dulcimer.  The challenge is playing them up to speed.  This class will explain 6/8 time, establish a feel for the jig rhythm, then apply that knowledge to a couple of fun jig tunes.  Participants will receive the tab along with an audio reference track to use for rehearsal purposes.

Level: Novice to Intermediate level. The only requirement I ask is that the student maybe knows a few chords:  D, G, and A.

Learn how to untangle your fingers and how to set yourself up for the next chord.  We will work through this process while working on "In the Bleak Midwinter", "Bonnie Doon", and "Bridget Cruise".

Curious about music theory? This workshop explains why we do what we do when we play. It explains the fundamentals of music including scales, modes, intervals, chords and harmony. It will also help you become better at playing by ear.

This class will focus on some less common Christmas songs including Breaking Up Christmas, Curoo, Curoo and a fingerpicked version of the Cherry Tree Carol. We will start in the D-A-d tuning. Christmas in September will give you plenty of time to learn these tunes before December rolls around!

Nina Zanetti is the 2008 National Mountain Dulcimer Champion. She comes to the mountain dulcimer from a diverse musical background, including choral music, violin, viola, piano, and shape note singing. She plays regularly at churches, historic sites, and community events and has taught workshops at dulcimer festivals throughout the country, including Western Carolina University, John C. Campbell Folk School, and Kentucky Music Week. Nina is especially fond of the “softer side of dulcimer.” She has produced several books of solo arrangements for mountain dulcimer and has co-authored four books of duet arrangements (the Tunes for Two or More series, including the new Tunes for Two or More Christmas Edition with Beth Lassi.) She has a strong interest in American folk hymns, many of which appear in her tablature book Glories Immortal: A Collection of Hymns from America’s Past and in a new book of Shaker music (co-authored with Bill Collins), The Humble Heart. Here other musical love is early music, featured in her latest tablature book, Heart’s Ease. Nina is featured on Masters of the Mountain Dulcimer Play Music for Christmas (CD) and has recorded The Sum of the Parts, a CD of solos and duets with Bill Collins, as well as a solo CD, Beside Still Waters. Her newest CD, Winter’s Light, is a gentle celebration of the quiet joys and consolations of the winter season.

Larry Conger is a graduate of the University of Mississippi (Ole Miss) and has been involved with music as a vocation for almost 40 years. Besides being a popular instructor at various dulcimer workshops around the country, Larry also served as a church music director for several churches during the late 1970s through the 1990s. He has been a participating artist for the Tennessee Arts Commission's Arts in Education program as well as the Kentucky Arts Council's Teacher Incentive Program, bringing dulcimer music into the public schools.  He and his wife Elaine are co-directors of Dulcimer U at Western Carolina University.  They also host their own Duet Dulcimer Retreat and the September On The Mississippi Dulcimer Retreat each year.

Tish Westman of Beckley, West Virginia, is a full-time artist-in-residence at Tamarack, an art center showcasing "the best of West Virginia" art and crafts from across the state. Along with being a woodworker and luthier she also is a singer/songwriter, musician and teacher of many stringed instruments.  Tish plays bowed psaltery, ukulele, clawhammer banjo, autoharp and has won several awards on mountain dulcimer including Mid-East Regionals. For 11 years she has organized an annual Bowed Psaltery Symphony with over 50 musicians from all over the country coming to perform. She has CDs recorded with "Psaltrio" and many song books. They have performed on Mountain Stage and many other music venues including our local Carnegie Hall in Lewisburg, WV. Tish's passions are teaching people to play music, fiber arts and gardening.

Jim Miller has been playing and performing traditional music for the past 46 years. An accomplished instrument builder and teacher, he has taught workshops at numerous festivals as well as won many awards for his musicianship, including first place dulcimer at both Galax, VA and Fiddler's Grove, NC. For twenty years, Jim was the owner of the Hampton Music Shop, in Hampton, Tennessee, where he handcrafted over 750 hammered dulcimers. He has played with Celtic, Bluegrass, Swing, Blues and Old-Time bands, and has done session work on many recordings. He currently performs in a duo accompanied by his wife, Cheri, on guitar. In addition to being an accomplished performer and workshop leader, Jim also is an enthusiastic jam facilitator who likes to get everyone involved. His "chord signing for the harmonically impaired" is legendary. He plays guitar, mandolin, banjo, mandocello, bass, steel drum, percussion, hammered and mountain dulcimers as well as his own off-the-wall musical inventions, which are always entertaining. Jim holds a Master's degree in Elementary Education with an endorsement in instrumental music. He recently retired from teaching 4th grade at Cloudland Elementary School in Roan Mountain, Tennessee, where he led an after school traditional string band program for fifteen years. He is also an adjunct professor teaching mandolin, ukulele, dulcimer and autoharp in the Bluegrass, Old-Time, and Country Music program at East Tennessee State University and plays mandocello in the ETSU Mandolin Orchestra .

Rob Brereton is considered one of the pioneers in contemporary mountain dulcimer playing. His years of studying classical guitar have polished his playing style while his degree in music theory and composition has given him a fresh approach to arranging.

Rob was one of the first dulcimer players to arrange extensively in chromatic and other alternate tunings. Although he specializes in the standards and early jazz tunes of Duke Ellington, George Gershwin, and the like, Rob is equally adept at playing the more traditional celtic, Appalachian, old time, and other dulcimer repertoire.

Rob has taught all levels of dulcimer at most major music festivals and folk schools across the country. He has won several awards for his playing including a coveted Winfield National flatpicking award. Rob was one of the organizers of the Housatonic Dulcimer Celebration and continues to organize the occasional Dulcimer Cruise. He has been playing dulcimer for over 30 years and has been an internationally recognized performer and instructor since his first CD was released in 1992. David Schnaufer called Rob's playing "...strong and innovative."

Rob's music is featured on his CD, Someone to Watch Over Me available for download on iTunes, CD Baby, and most other music download sites.

In addition, Rob teaches K-6 music and has many private students. He also composes, arranges, and he directs several choirs near his home in CT. If you're interested in Rob teaching privately or at a venue, feel free to contact him. Much to his friends' dismay, he also yodels. Please don't hold this against him.

Q: Why use a one-class-a-day format instead of a full-day, multi-class virtual festival?

A: We believe that there are some real benefits to taking just one workshop a day.

Q: Online isn’t the same as in-person. Why should I pay for online dulcimer workshops?

A: Experienced online workshop participants told us these positives:

Q: So, do you really expect us to eat during an event called “Lunch and Learn”?

A: Yes, if you want to. Especially if you’re on a lunch break from work. But really, we wanted to emphasize that we’re offering a metaphoric lunchbox full of good things including Virtual Vitamin D: Delightful Daily Doses of Dulcimer! What’s in your thermos? Well, that’s up to you…(wink) 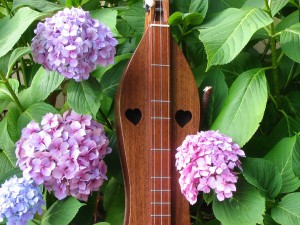