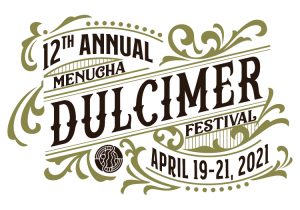 Join us "at" Menucha for 3 days of music-making with six of the top teacher/performers in the mountain dulcimer world. Players of all levels will learn new techniques during two 90-minute workshops of their choice each day and enjoy instructor performances each night.

We're going virtual - so there's no travel involved this year...except to your screen of choice. Thanks for inviting your friends!

Classes will be held using Zoom video conferencing so you can:

We'll build in some time to hang out and talk, and we may even do an open mic!! 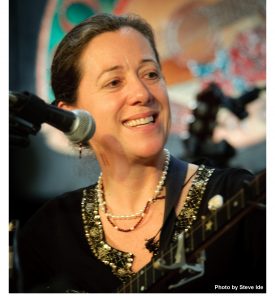 Award-winning musician, vocalist, writer, and dancer Aubrey Atwater presents captivating programs of folk music, dance, and spoken word. Aubrey is in great demand for performances and classes and has performed throughout the United States as well as England, Ireland, and Canada.

She sings and plays the mountain dulcimer, old-time banjo, guitar, mandolin, and Irish tin whistle, and thrills audiences with her highly percussive clogging. In a scholarly, yet humorous way, Aubrey conveys the heritage behind traditional folk music and dance, showing a deep passion and understanding of folk history and its key players.

Part of the acclaimed duo Atwater-Donnelly, Aubrey and her husband Elwood Donnelly live in Warren, Rhode Island, and perform with up to eight other band members. They have twelve recordings and six books to their credit. 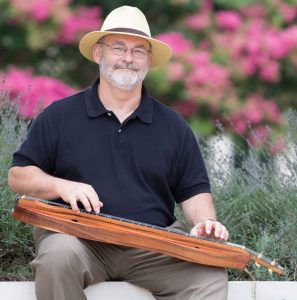 Joe Collins has been a folk musician and mountain dulcimer player since the late 70s. He is a songwriter, vocalist, and an occasional guitarist whose performances are something like a fusion of Burl Ives and Gordon Lightfoot with a mountain dulcimer twist.

As the 2007 National Mountain Dulcimer Champion, he is able to combine mountain dulcimer wizardry with good, solid vocals. His performances are sprinkled with a lot of humor - sure to bring a smile to audiences of all ages.

Joe has produced five CDs and published twelve books of dulcimer music. He has served as a clinician/performer in festivals and music camps across the country from Florida to Vermont, from Pennsylvania to California, and a lot of places in between. 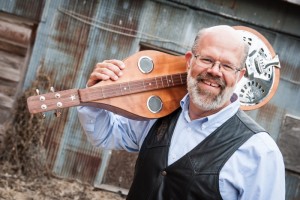 Steve Eulberg's a 5-time national mountain dulcimer winner and 3-time national hammered dulcimer finalist who weaves old-timey with blues and contemporary tunes adding original songs into a tapestry of “smile-inducing, toe-tapping folkgrass” that captivates and energizes audiences of all ages.

Steve's music has been featured on United Airlines’ Inflight Audio, PBS’s Roadtrip Nation and National Public Radio. An active touring musician, film and theater composer, he has had several songs in the Top 10 Independent Country Chart (and one #1 "war is sweet") reported by The Music Review.

He is a popular guitar instructor for JamPlay.com and has taught and performed at festivals and folk schools across the US and Canada. He is the host of the Colorado Dulcimer Festival and is active as the Western Regional Board Representative of Local 1000, the non-geographical local of the AFM, specifically created for traveling musicians. His elementary school programs are engaging, informative, uplifting and fun!

Tull Glazener has been sharing the music of the mountain dulcimer through performances and workshops at festivals and dulcimer clubs throughout the country since 1984.

He enjoys adapting all kinds of music to the mountain dulcimer, including aires and waltzes, hymns and gospel tunes, rag-time, traditional/old-time, contemporary, classical, jazz, and more. Let’s just say there is no challenge he isn’t up to, even converting fiddle tunes to waltzes and aires.

He is best known for writing multi-part ensemble arrangements for dulcimer groups. These can be found in the numerous tab books he has authored. He has also produced a series of “Instructional CD packets”, as well as several recordings. Over the years he has contributed articles to Dulcimer Player News magazine.

In addition to the mountain dulcimer, Tull plays hammered dulcimer and button accordion. He lives in Indianapolis, IN where he is the founding director of the ensemble group, “DOGs” (Dulcimer Only Group) of the Central Indiana Folk Music and Mountain Dulcimer Society. He is also the leader of the “Family Reunion String Band”, founded by the late Gerry Gray. 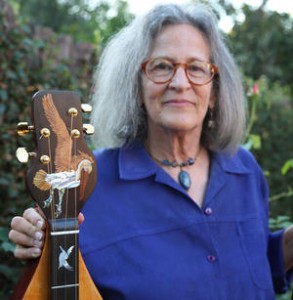 Joellen Lapidus is one of the pioneers of contemporary mountain dulcimer playing, songwriting, and building. She is the author of the updated 2nd edition of her classic dulcimer instruction book, LAPIDUS ON DULCIMER 2.

Joellen blends Appalachian, Indian, Arabic, jazz, classical, and pop musical styles to give the mountain dulcimer a new range of rhythmic, melodic, and tuning possibilities.  As a dulcimer maker, her work influenced many of the dulcimer builders of the 70's and 80's.  Her instruments were known for their innovative shapes, exquisite sound hole and peghead inlay work.  She introduced the dulcimer to Joni Mitchell and made three instruments for her between 1968 and 1976.  She has also made instruments for David Crosby, Jackson Browne, Wendy Waldman, Garth Hudson and Harry Stiles.

After pursuing a second career as a psychotherapist between 1984 and 2002 and completing a masters and doctorate in psychology, Joellen returned to performing, teaching and writing songs for the dulcimer in the 2000s. Her  CD, “Joellen Lapidus in Concert,”  was recorded live in March of 2004. In 2014 she recorded her first studio CD: “Dulcimer Music for the Pelican Ballet,” a feast of dulcimer styles and moods accompanied by violin, viola, dumbec, spoons and jazz trumpet.

She has been a featured artist at multiple dulcimer festivals on both coasts, been written up in magazines from the LA Times to the Dulcimer Players News, and has appeared on radio and TV. Joellen currently teaches mountain dulcimer in West Los Angeles at McCabes Guitar Shop and on zoom. She founded the Los Angeles Mountain Urban Dulcimer Club which now meets once a month on zoom.

Joellen still makes dulcimers and does custom inlay in her shop in Culver City, CA, and performs solo or with her trio The Urban Gypsies with of Yvette Devereaux on violin and Oliver Steinberg on bass. You can hear performances at www.lapidusmusic.com and on Youtube. 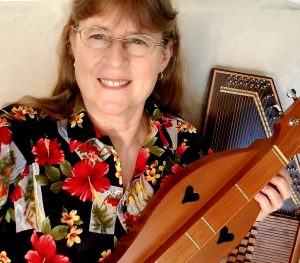 Karen bridges many mountain dulcimer traditions to formulate her own dynamic style. She started playing the dulcimer in 1979 by learning the progressive tunes on the "Pacific Rim Dulcimer Project" record, featuring Neal Hellman, Force & d'Ossche, and Bonnie Carol. From there she began adding traditional Appalachian and Celtic music to her repertoire and developed her own arrangements of these styles as well as contemporary and original material. Her techniques range from rhythmic flatpicking and strumming to sensitive fingerpicking.

Karen grew up in Winfield, Kansas, home of the Walnut Valley Festival, and was introduced to the dulcimer there, as well as the autoharp. She has been a finalist in the National Mountain Dulcimer competition, and first-place winner in autoharp, both at Winfield in the mid-1980s.

Today she is a full-time performer and instructor, and has travelled throughout the US and in England, teaching at major workshops and festivals. Karen has released six solo recordings and seeral instruction books, including, "Favorite Dulcimer Arrangements," and is featured on two volumes of the "Masters of the Mountain Dulcimer" CD series. She is an active teacher of private lessons, school classes and residencies, and also performs with Irish singer Katie McMahon, the original lead singer from River Dance. In demand as a multi-instrumentalist, she plays and teaches guitar, mandolin, ukulele, and Irish bouzouki in addition to dulcimer and autoharp. A skilled and experienced instructor, Karen is able to work effectively with all levels of students, from new players to advanced.

In 2006, Karen was inducted into the Autoharp Hall of Fame, and in 2012, she received a McKnight Artist Fellowship, one of the top honors for musicians in Minnesota, awarded only to four musicians each year from any genre. She was awarded the Minneapolis Arts Commission's "Special Award for Outstanding Contribution to the Arts and the Community" for her work building and teaching dulcimers with older adults. Karen has also performed the challenging Blackberry Winter dulcimer concerto twice with Minnesota orchestras. 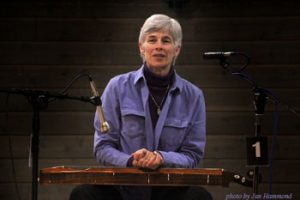 Janita Baker has been playing mountain dulcimer for over 30 years. Through her recordings, books, and appearances at festivals and workshops across the United States she has become well-known for her teaching skills and Blue Lion Dulcimers, which she builds with her husband Robert.

As a solo performer, Janita also presents her audiences with a wide range of musical experiences including classical, traditional, delta and country blues, ragtime, swing, and original instrumental pieces. A gifted storyteller, Janita delights her listeners with a warm and personal sharing of her music and introduces to her audience and her students the incredible complexity, variety and beauty of the mountain dulcimer.

Janita has served as the Artistic Director of this festival since 2013.

Photos from Past Festivals 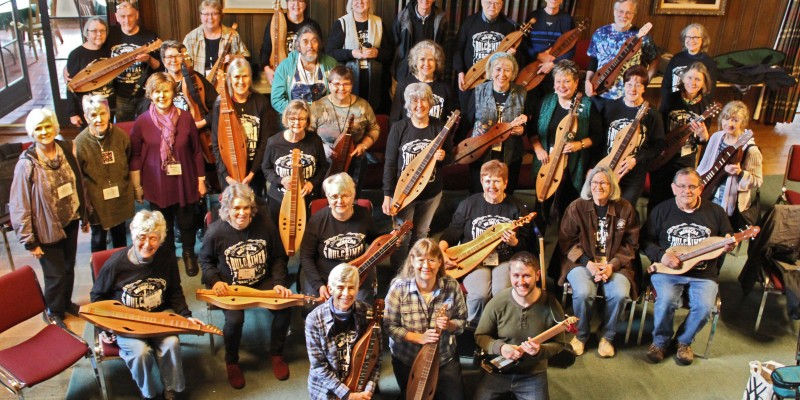 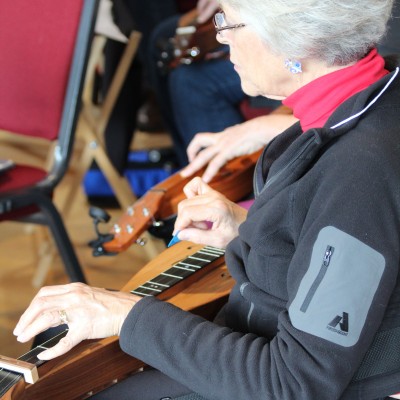 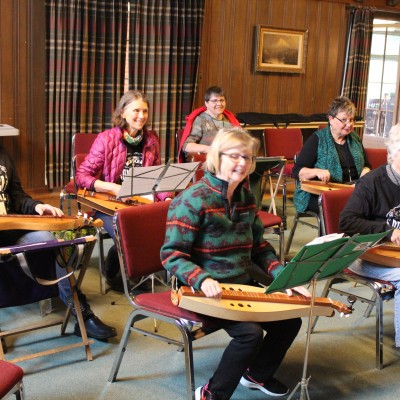 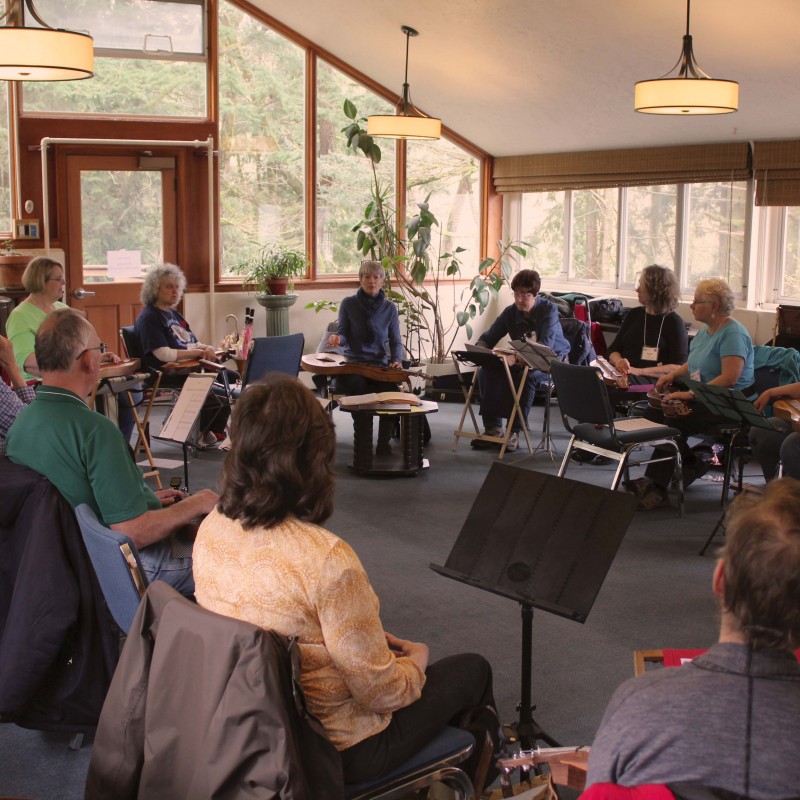 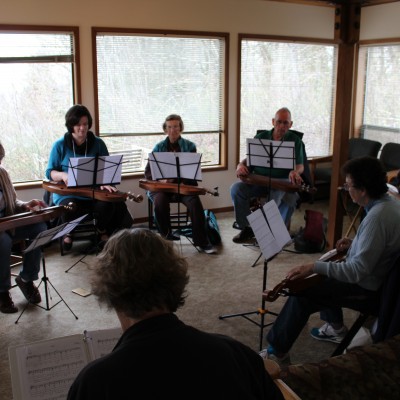 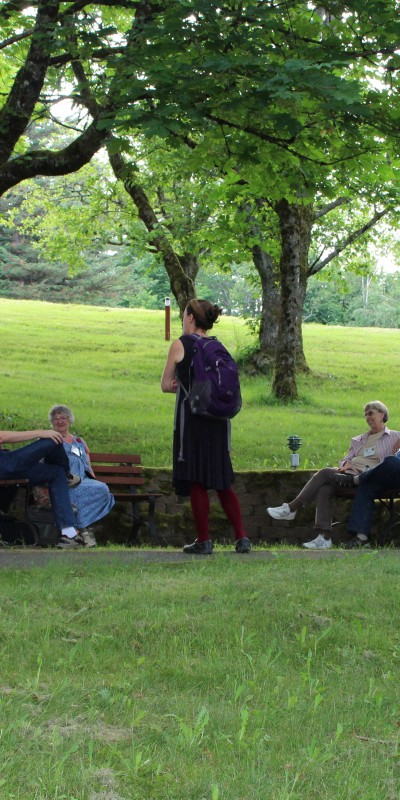 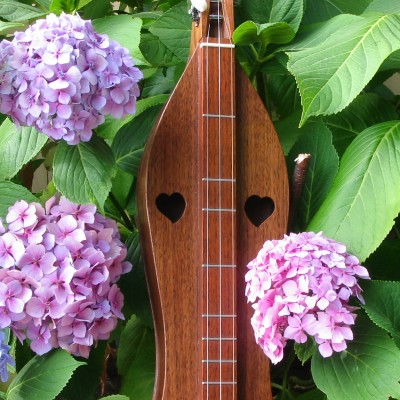 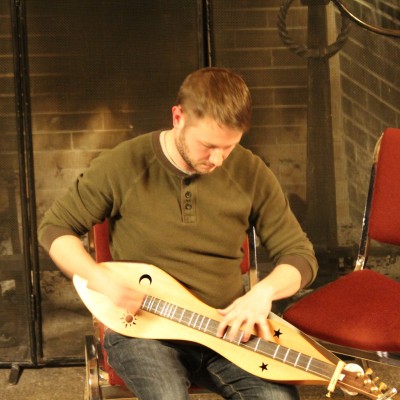 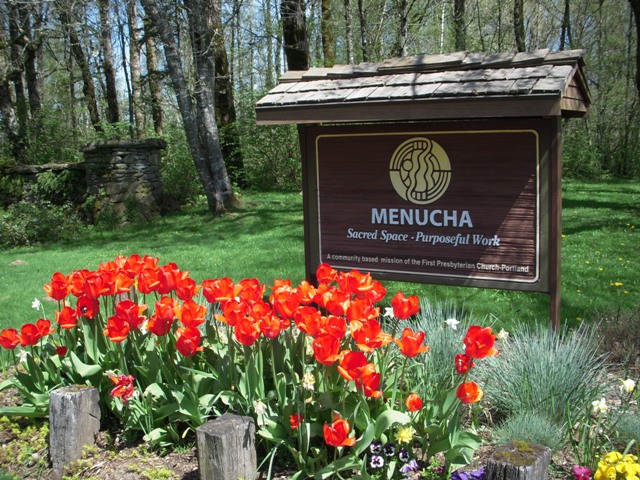 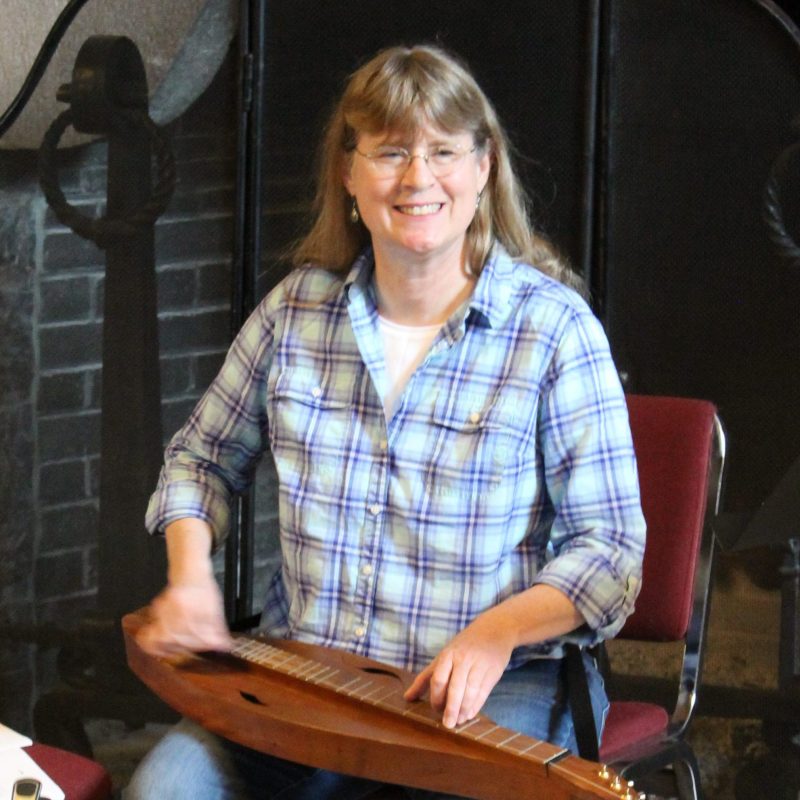 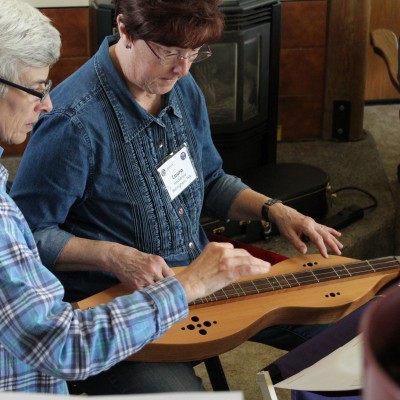 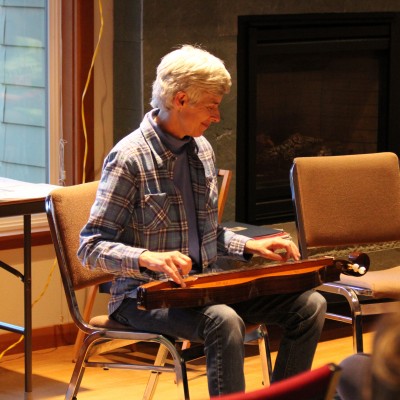 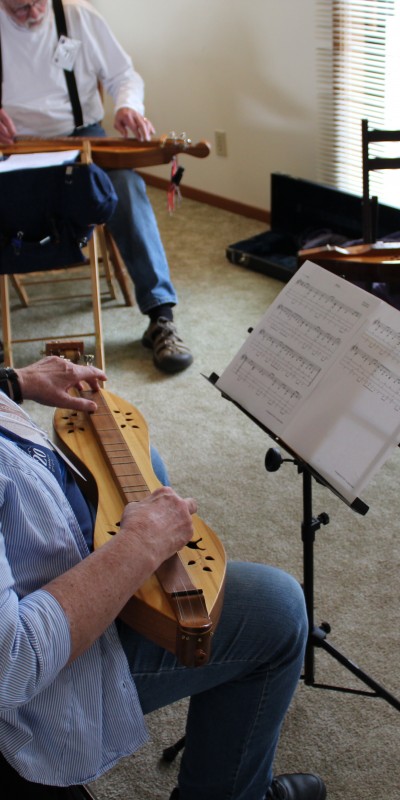 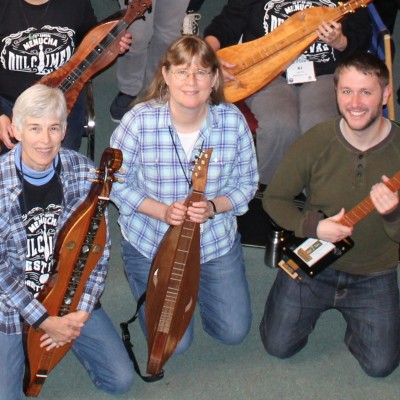 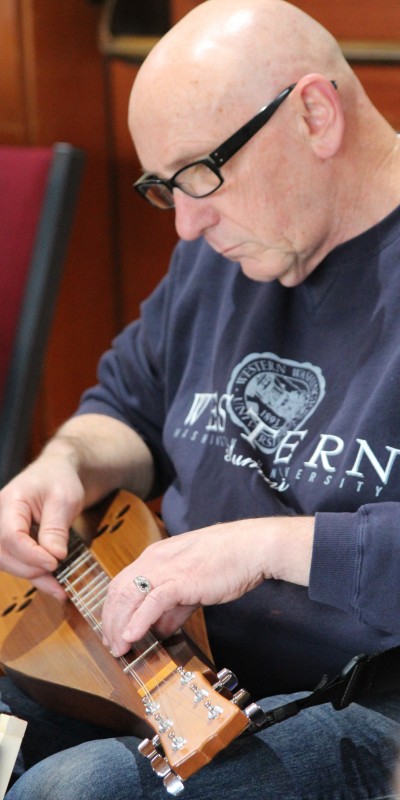 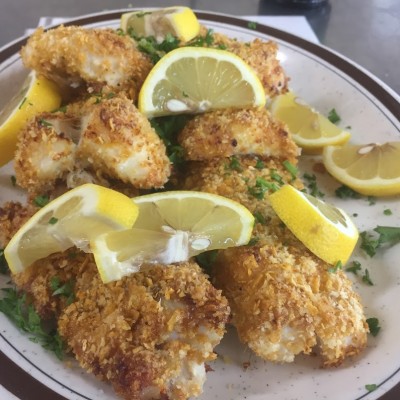 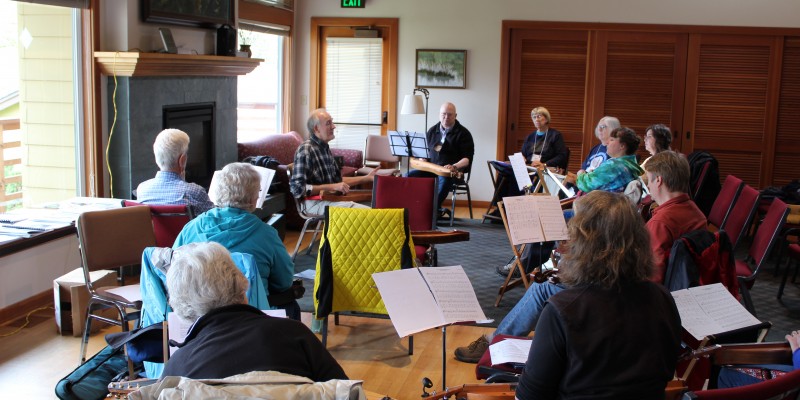 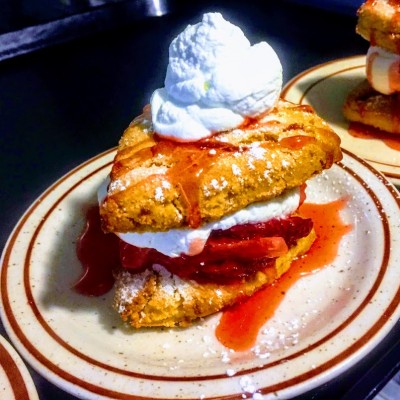 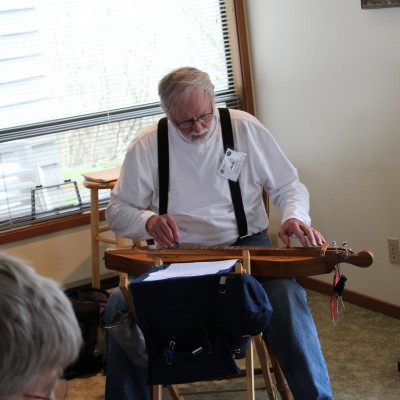 What Level Player Am I?

For our festival, we are employing the following descriptors for  workshops:

BEGINNER
You should be familiar with:

INTERMEDIATE
You should be comfortable with all of the above plus:

ADVANCED
You should be comfortable with all of the above plus: